The Gleam in the Gutter

Exclusive! This blog is the first to break news of a murder yesterday evening involving Nicholas “Nick” DeFonte. According to our sources, DeFonte is a long-time smuggler and thief, often suspected by the police but never convicted. Inside sources have supplied us with a police analysis suggesting that Jack Black Jr., son of police commissioner Jack Black Sr., was in fact the murderer! The junior Mr. Black is a bit of a bumbler, known for his gambling debts and improper firearm discharges. The state prosecutor would not say if charges would be filed. In light of what private sources have disclosed to this paper, we imagine they are forthcoming.

Official reports place the murder as a gang-related homicide. Our sources have produced a copy of the official ballistics report tying the murder weapon to the gun of Jack Black Jr., leaving little doubt that his police firearm was used in the shooting. Our sources in this case have allowed us to reveal their roles as private investigators, though the refused to name their employer or to be named themselves.

Several reports have surfaced referencing a missing item Mr. DeFonte was supposedly bringing to the United States. It is supposedly quite valuable and rumored to be a coin of some kind. Mr. DeFonte was known to have just returned from Ukraine on business. His partner, a Mr. Sunny McBealerson, was not available for comment. His secretary claims that sudden and urgent business has taken him to Mexico overnight, though rumors of a scandal are emerging this morning. 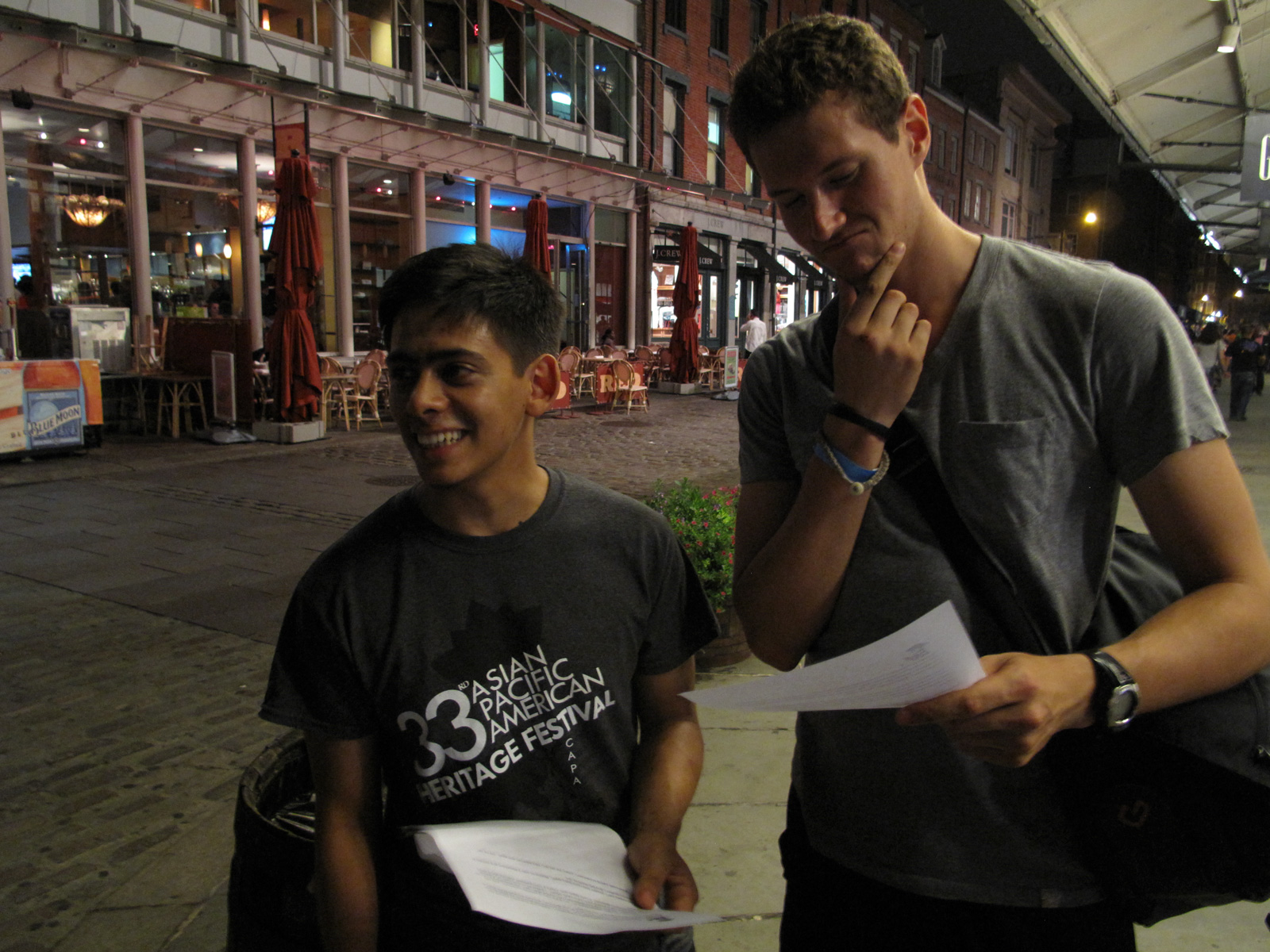 Last night Hari and myself ran a puzzle hunt called The Gleam In The Gutter for a great event called Come Out & Play. It started at 9pm near South Street Seaport and ran over a few hours. Teams were given a track to play (police, thieves, or private investigators) and had to solve puzzles that gave them clues for where the next puzzle was hidden. Like these: 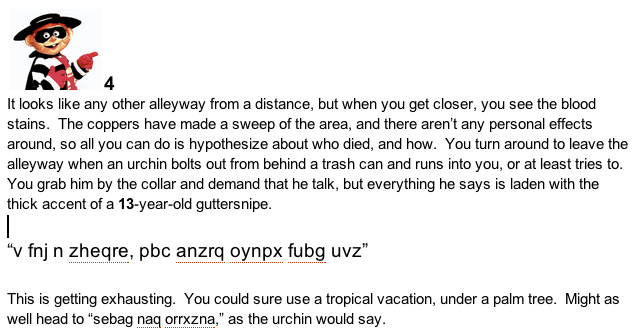 A tough puzzle from our game. Can you solve it? 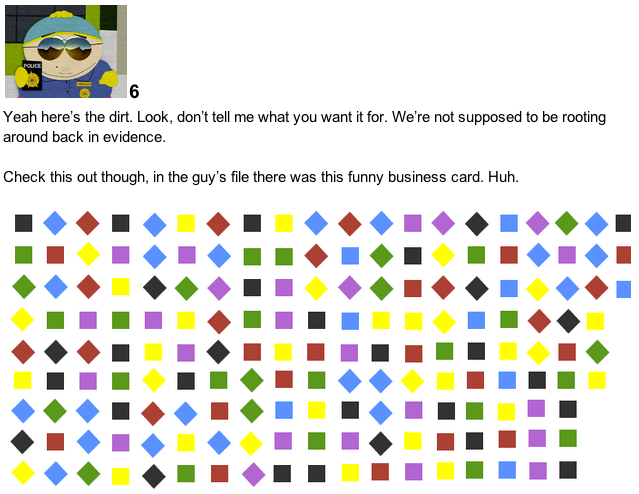 Another stumper! Can you figure it out?

We had many teams finish! Congratulations and thanks for playing. Y'all are great. 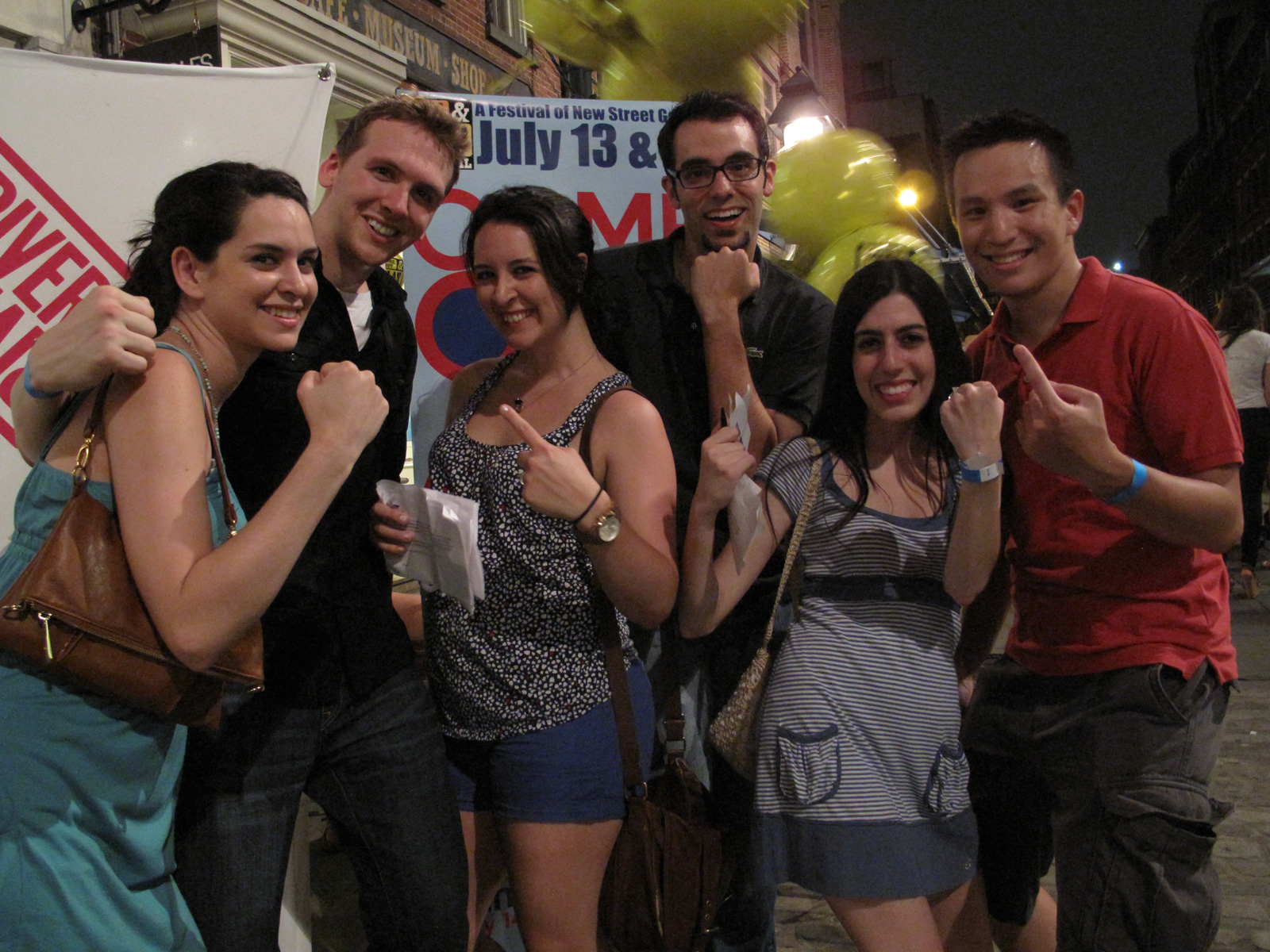 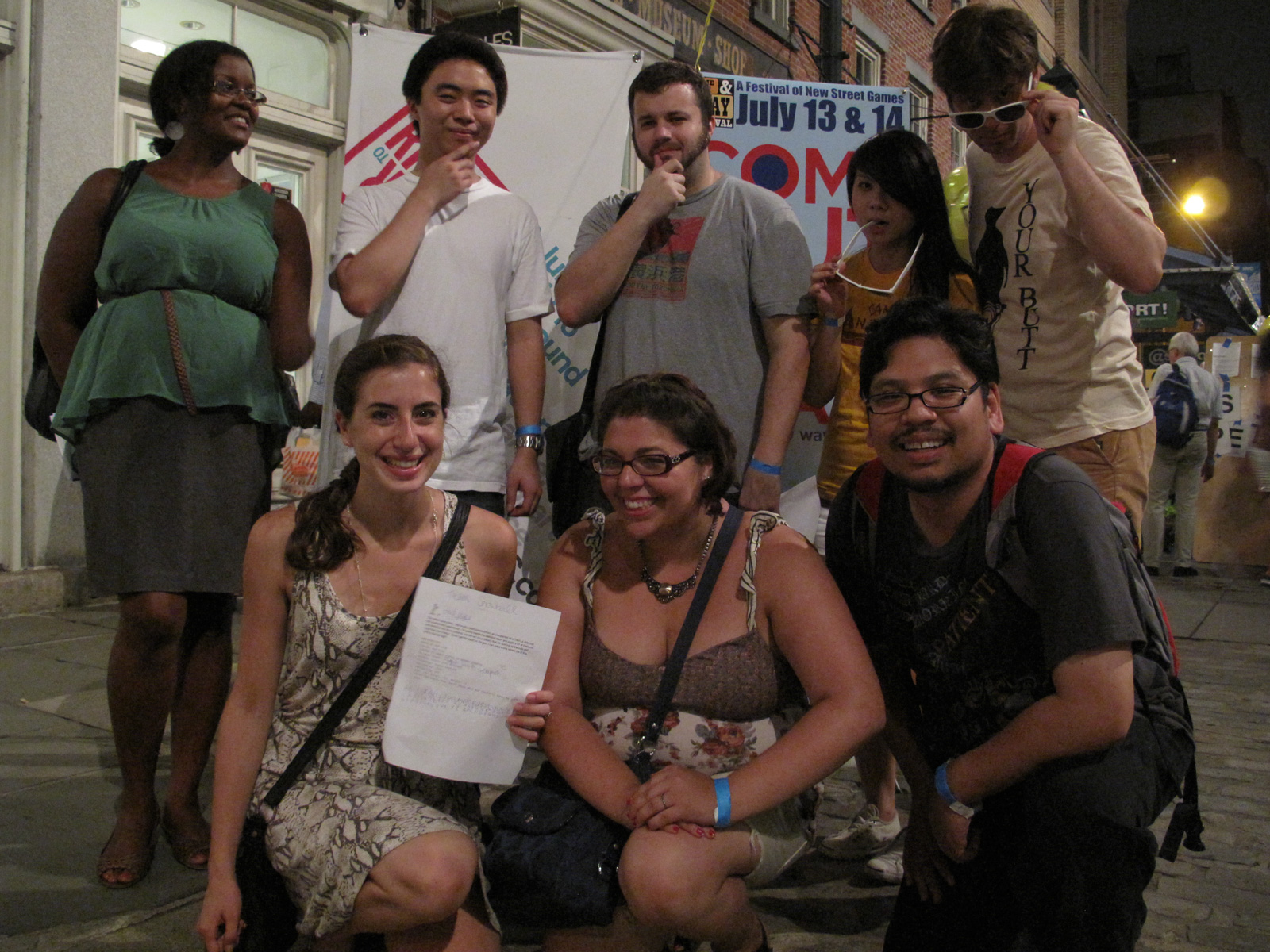 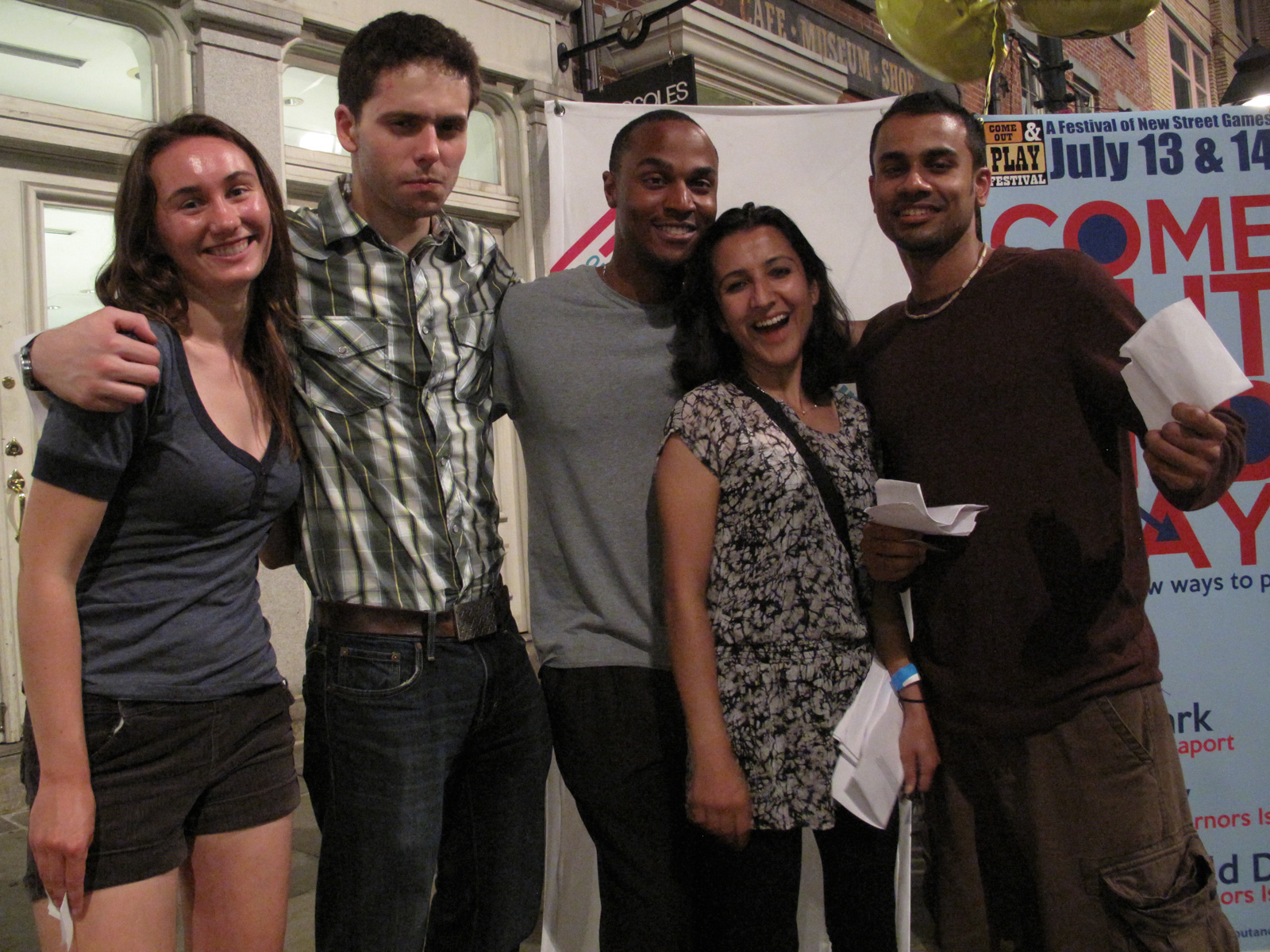 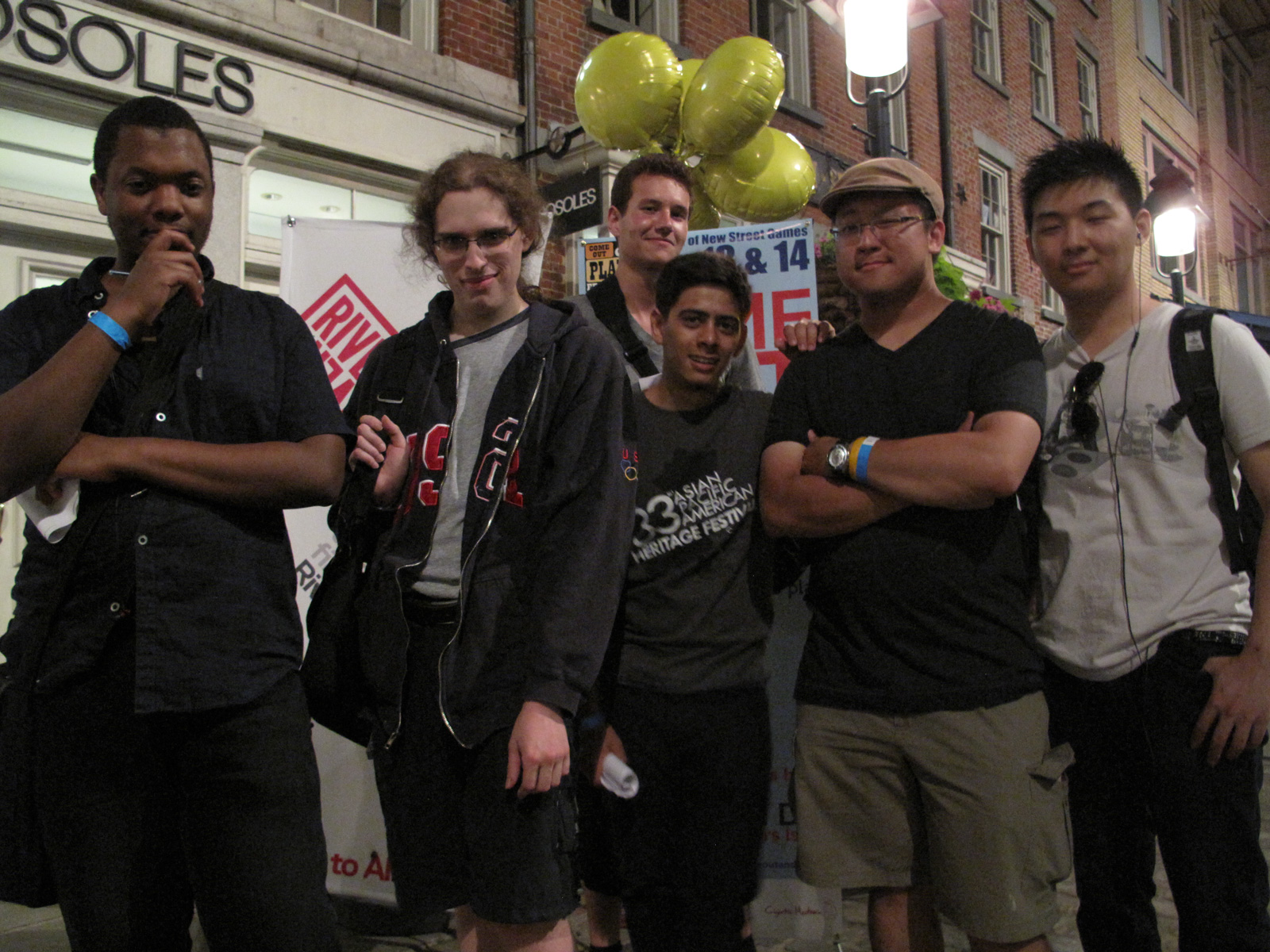 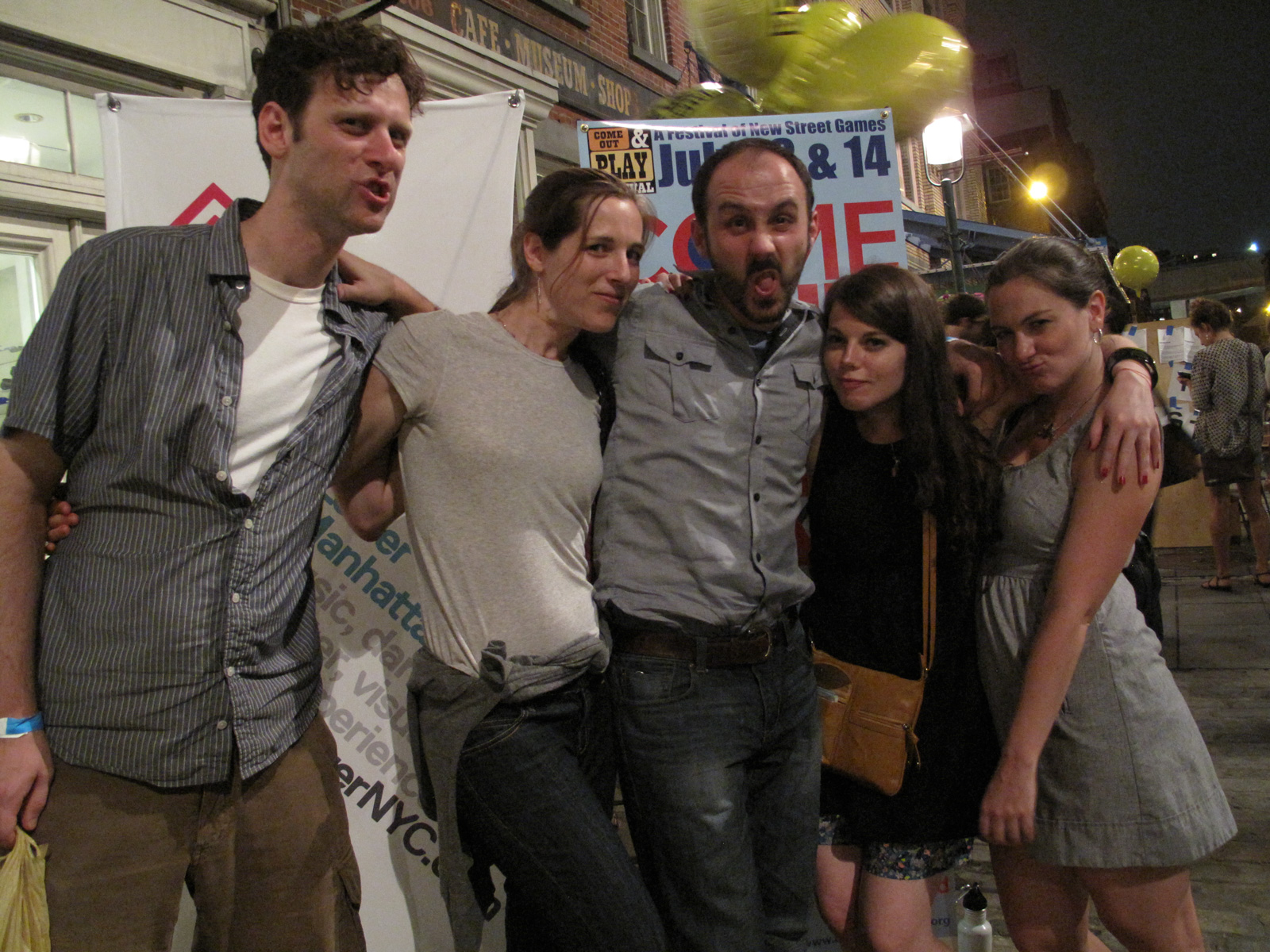 madhatted.net finished the thieves track and the stole my domain name! 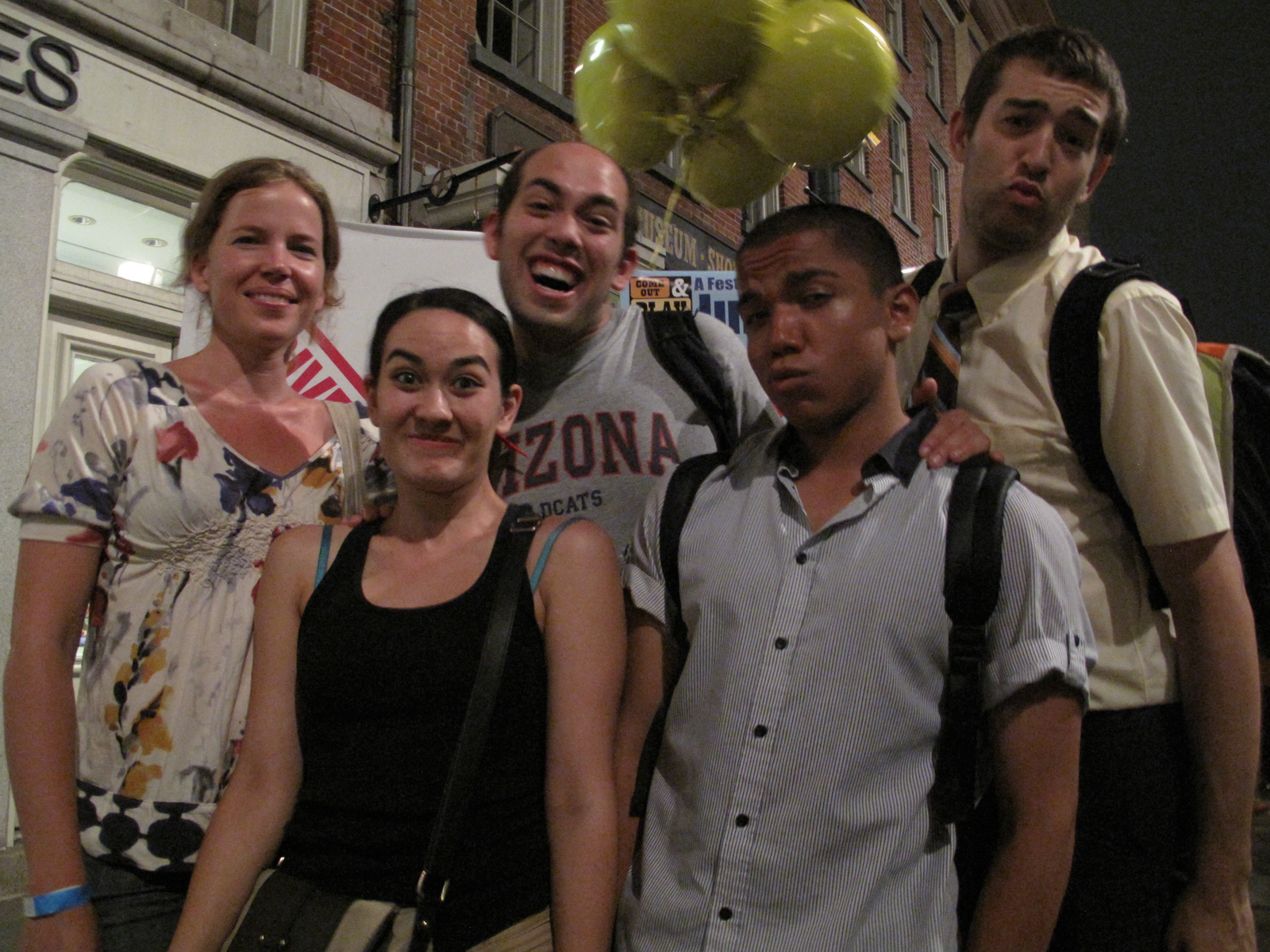 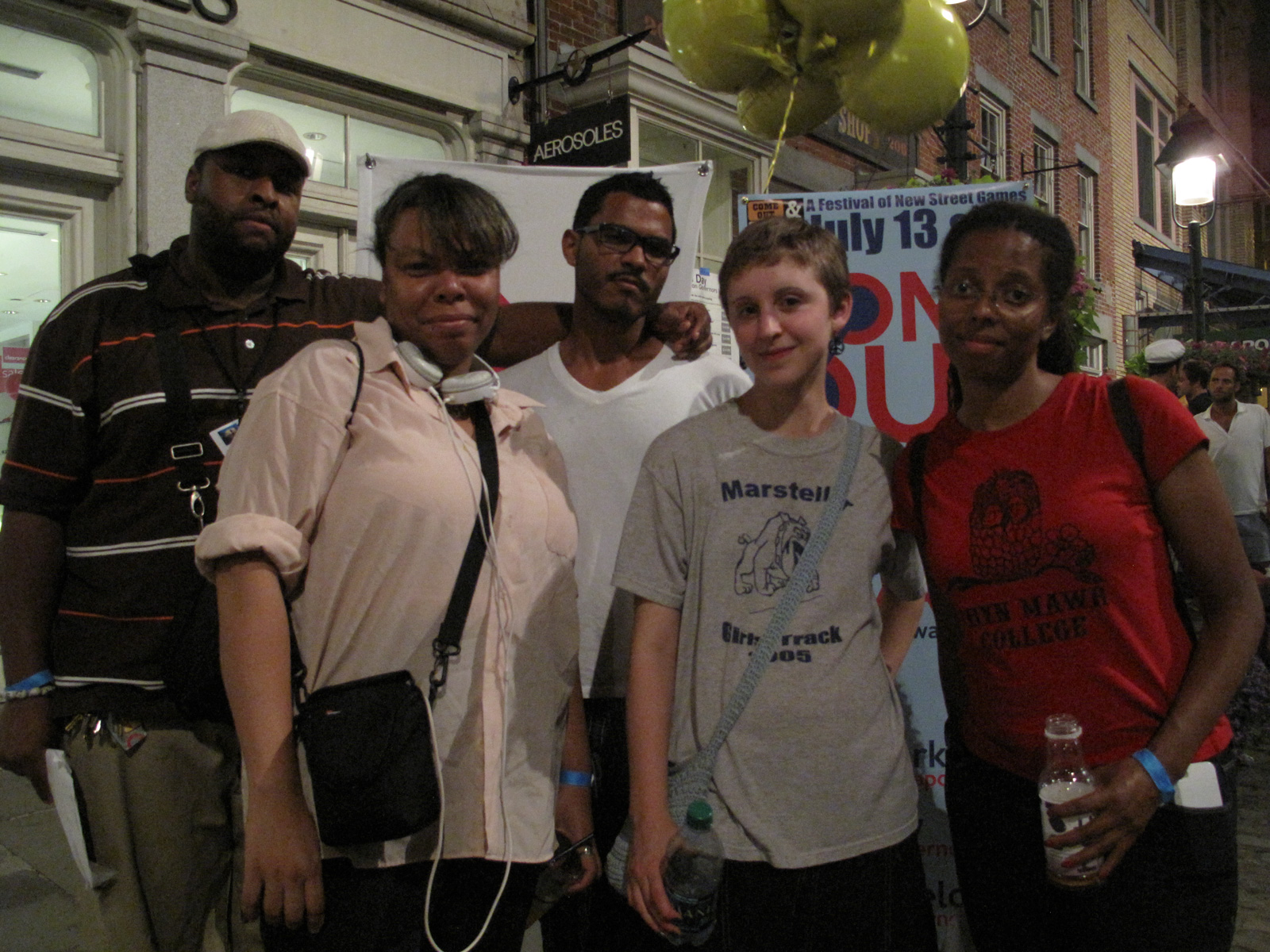 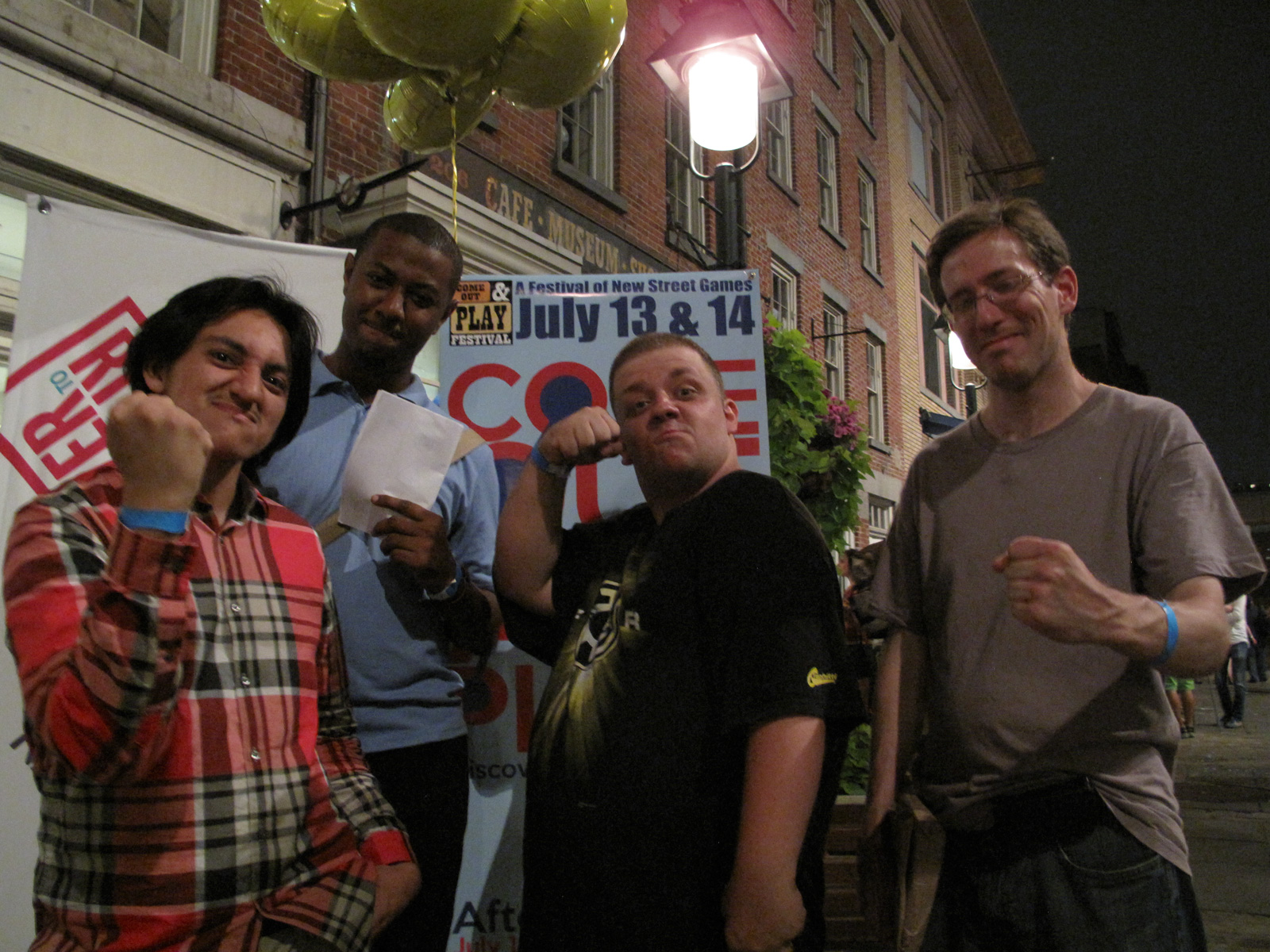 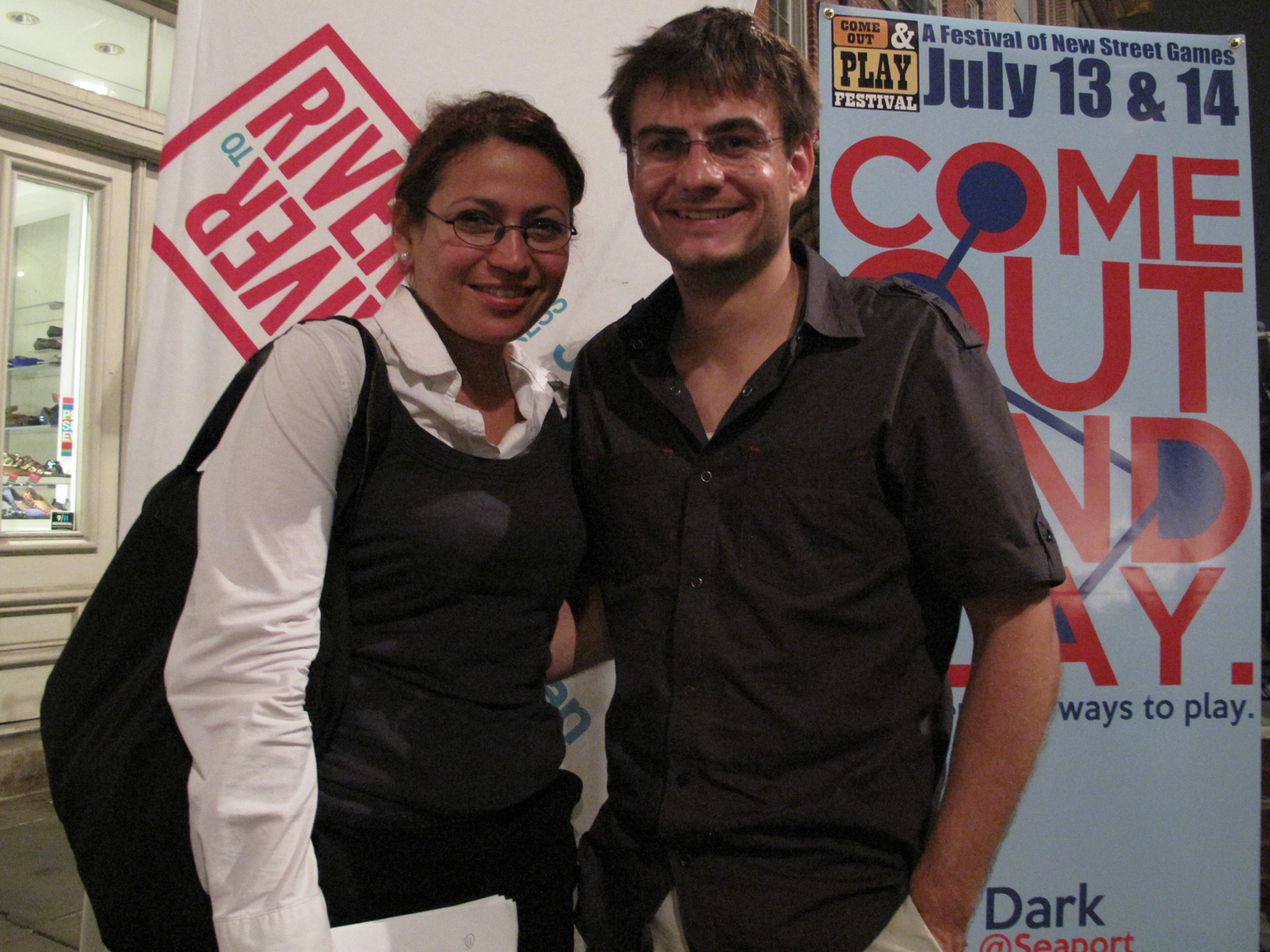 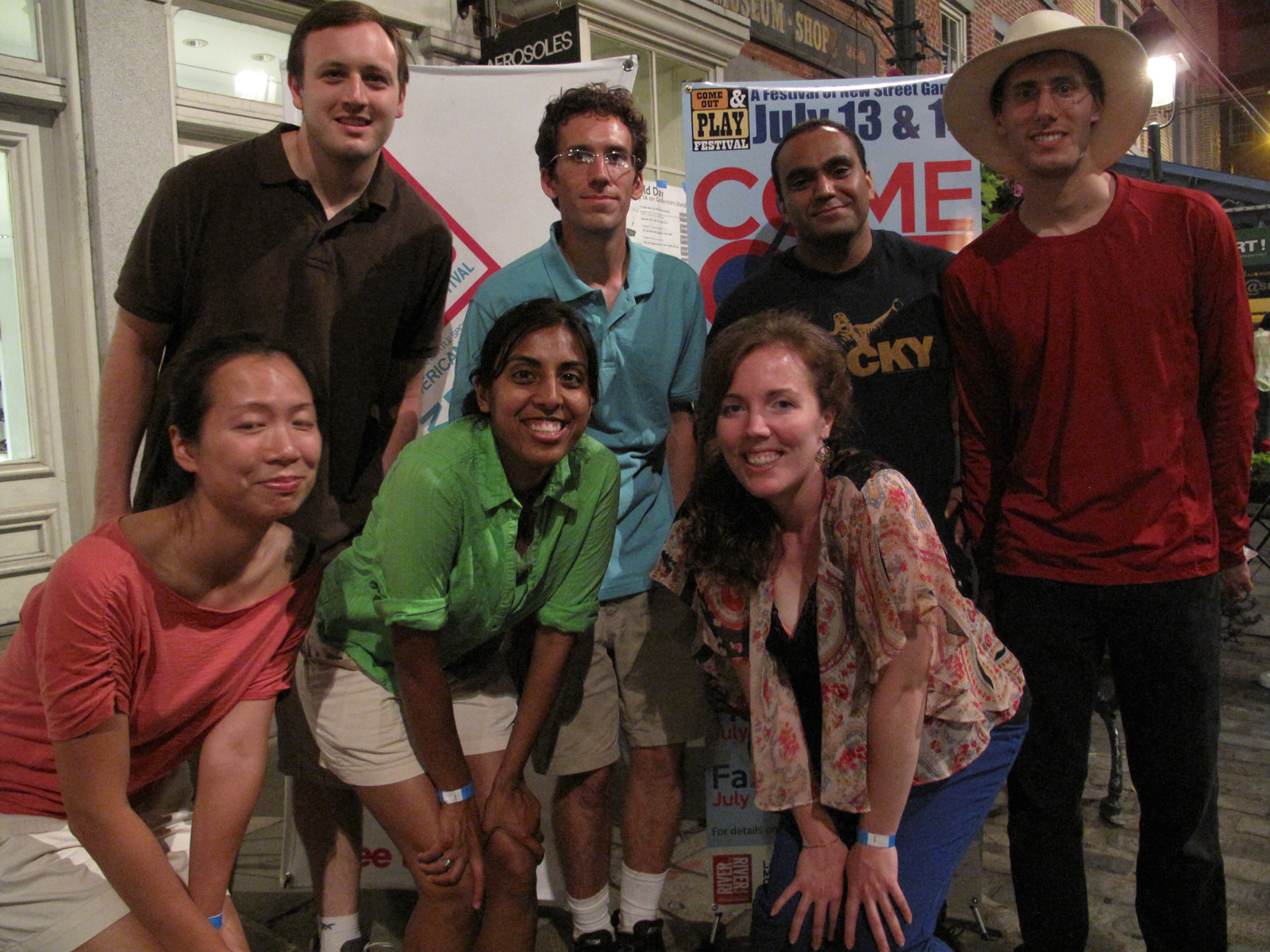 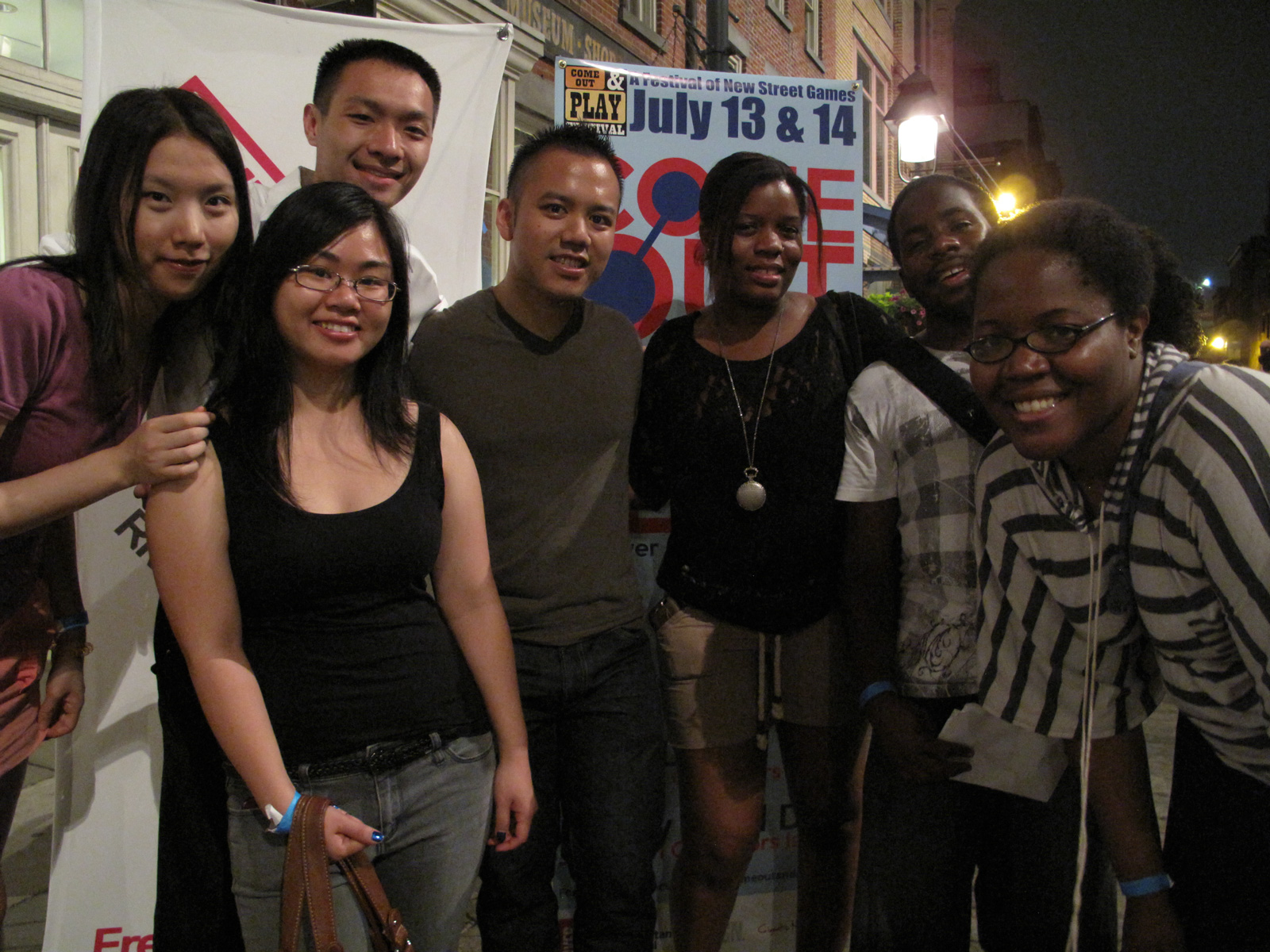 We started off 60 groups in all! Sorry we couldn’t get photos of all the finishers. See you another year! 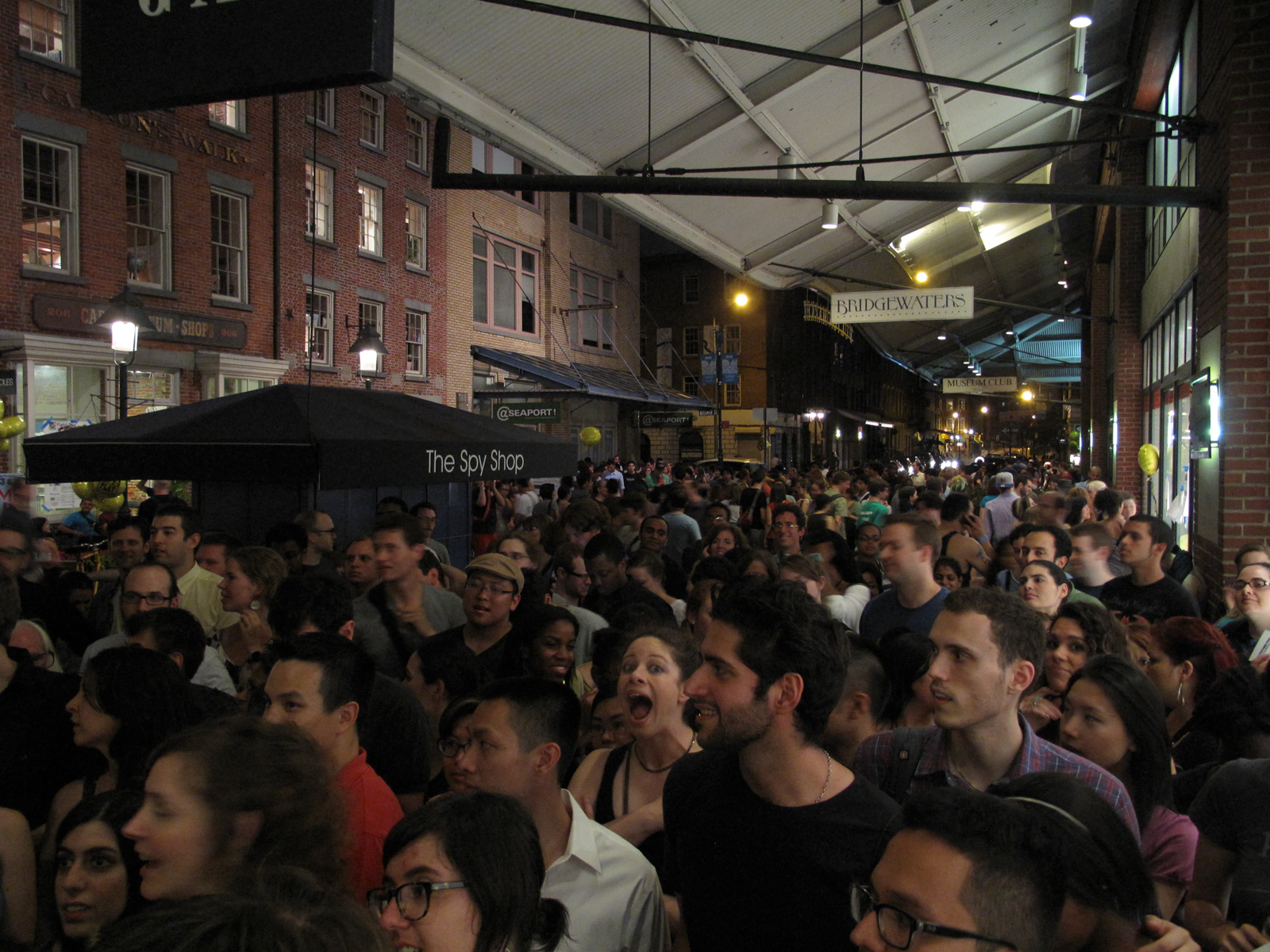